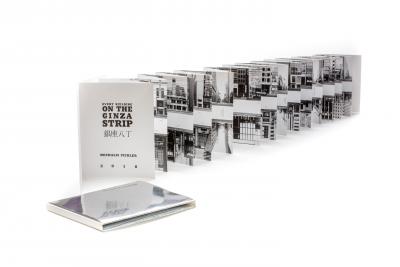 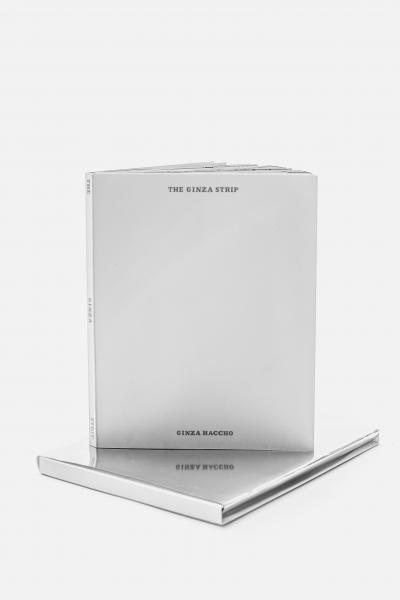 In 1954 Japanese writer and artist Shohachi Kimura published GINZA HACCHO, with photographs by Yoshikazu Suzuki of every building on Ginza Street in Tokyo as an accordion foldout book. Twelve years later, Ed Ruscha published EVERY BUILDING ON THE SUNSET STRIP in almost exactly the same style. While the latter has become a touchstone of conceptual publications and artists’ books, its predecessor remains largely unknown.

Appropriating Shohachi Kimura’s (and Ed Ruscha's) work, Michalis Pichler’s accordion-folded book opens up to a fourteen-foot strip of photographs of EVERY BUILDING ON THE GINZA STREET of today, each building identified by a street number. Crossroads are also identified with captions. Photographed from a car driving past, the individual photos were then pasted together to make the long accordion fold. Paper joins are visible throughout the book.

Within Pichler’s body of work EVERY BUILDING ON THE GINZA STRIP / GINZA HACCHO represents a piece of serial photography, urban phenomenology, ambiguous social critique and art history karaoke. In a critical essay on appropriation  (2009), Pichler discussed  techniques of appropriation employed (often combined) in books today, and related the books of Ed Ruscha to its Japanese predecessors.