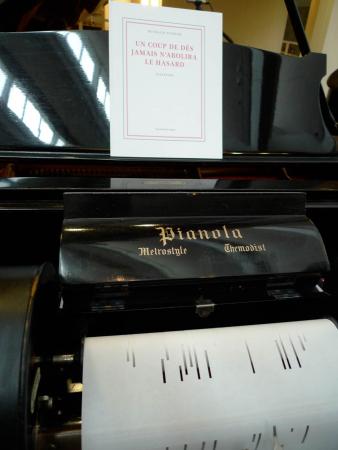 Postscript explores the intersection of conceptual writing and contemporary

art, presenting a collection of text-based works that reflect on the form and

function of language at the beginning of the 21st century.

show, “Language to be Looked at and/or Things to be Read,” Robert Smithson

articulated a deep-rooted equivocation about the purpose of language in

recent works alongside a selection of historical examples to consider the

differences between reading and looking at, hearing and listening – to

Beckett and Alain Robbe-Grillet, served as inspiration for many conceptual

journals including 0 to 9 and Aspen. Artists like Dan Graham and Carl Andre

distinguished between sentences and paragraphs in his manifestos. Yet, while

Anthology of Conceptual Writing on the avant-garde archive Ubuweb. Culling

historical works by artists, writers, and composers, Dworkin assembled a

collection of texts that demonstrated, in his own words, that “a work of art

might look indistinguishable from a poem.” If conceptual art of the 1960s

challenged how art is made, then conceptual writing in the 21st century

challenges how language is read.

Postscript calls attention to the parallel processes by which artists and

writers marshal language in contemporary work. Both use similar linguistic

strategies and procedures such as translation, repetition, quotation, and

specifically, how information is processed, absorbed, and made meaningful in

and language as vehicle for information, memory and narrative. Presenting a

range of media from painting to performance, sculpture, digital art and works

on paper, Postscript reflects not only on the abundance of writing in

contemporary culture, but also on the variety of sources through which it is

transmitted. Copying and cutting, sampling and reframing are the common

practices of artists and conceptual writers, bloggers and socialnetworkers

alike. Ultimately, Postscript attests to the contiguous concerns of artists

Postscript will be accompanied by a major catalogue presenting both scholarly

essays and contributions by select writers and artists featured in the

Patrick Greaney and Marjorie Perloff, among others.

Andrea Andersson teaches at Barnard College in New York, where she works on

innovative writing and visual art. She is currently developing an exhibition

on structuralist films and conceptual writing. She is a graduate of Stanford

University and completed her dissertation on poetry and conceptual art at

Denver where she has organized solo exhibitions of Isca Greenfield-Sanders,

Dario Robleto, Allison Smith and cocurated the forthcoming Another Victory

Over the Sun. She has contributed to several publications at the Grey Art

Gallery at NYU and MCA Denver. She is a graduate of Stanford University and is

finishing her PhD at the Institute of Fine Arts at New York University.

Postscript explores the intersection of conceptual writing and contemporary

art, presenting a collection of text-based works that reflect on the form and

function of language at the beginning of the 21st century.