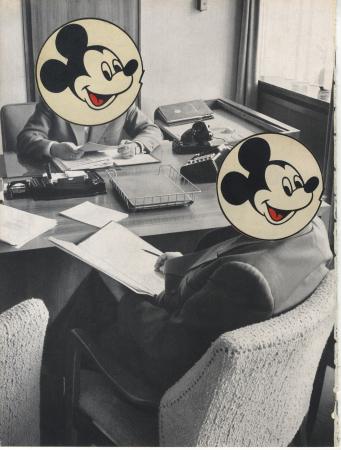 TEN TITLES THIS TALK COULD HAVE BUT HASN'T

TEN TITLES THIS TALK COULD HAVE BUT HASN'T

BOOKS AND IDEAS AFTER SETH SIEGELAUB

SIX HANDS AND A CHEESE SANDWICH

CONFESSIONS OF A REAL EXISTING ARTIST

LIFE AND OPINIONS OF A REAL EXISTING ARTIST

THE BEGINNING OF THE SYSTEM OF LIES

THREE ANTHOLOGIES THAT SHOULD HAVE INCLUDED ME BUT DIDN´T

THREE ANTHOLOGIES I SHOULD HAVE BEEN INCLUDED IN BUT WASN´T

Among other things, Michalis Pichler will give a tour de force through Thirteen Years: The materialization of ideas from 2002 to 2015: a cross-reference book of information on some esthetic boundaries: consisting of a bibliography into which are inserted text, critical essays, art works, documents, arranged chronologically and focused on so-called “greatest hits” and conceptual poetics with mentions of such vaguely designated areas as appropriation, post-naive, unboring boring, détournement, objet perdu, erasure poetry, or writing through, occurring now in the work of Michalis Pichler (with occasional political overtones), edited by Annette Gilbert and Clemens Krümmel.

The theme of the 2017/18 Transmission artist lectures is the idea of the ‘mutable artist’.

This can be interpreted in a number of ways: changeability, volatility, inconstancy, resilience, versatility, and mobility. We ask what characteristics determine artistic production, or even––following last year’s question of ‘who is an artist’ – determine the production of an artist as subject or agent. Deriving from the Latin mutabilis,from mutare – to change – mutability suggests the capacity to move, to adapt to new conditions, to possess a value that is changeable. There is sense of uncertainty, as opposing forces of change may meet, matching or negating each other, offering twists and turns. Identity may be unstable, forming in relation to other identities, unfixed or invented. There may be monstrous forms and images (mutations), or heroic ones, through and beyond the self. Mutability allows the imagination and its constructs to roam and reassemble. The artists invited this year work in multiple capacities.

Michalis Pichler was trained as a sculptor on the preservation site of Acropolis Monuments Athens. He holds diplomas in Architecture and in Fine Arts, and works as a conceptual artist, poet, and publisher on the imaginary border between visual art and literature. Pichler co-founded and co-organises Miss Read The Berlin Art Book Fair and the Conceptual Poetics Day. A monograph of Pichler’s practice entitled MICHALIS PICHLER: Thirteen years: The materialization of ideas was co-published in 2015 by Printed Matter, Inc. and Spector Books.