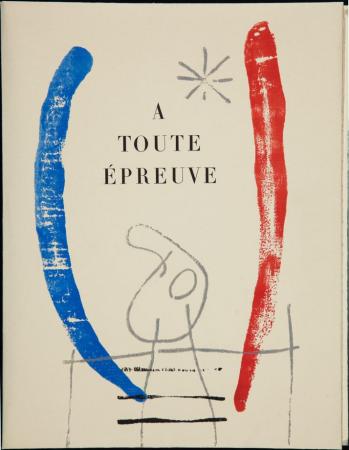 BALTIMORE, MD (February 10, 2017)— announced today that the museum’s most anticipated exhibition of the spring, Off the Shelf: Modern & Contemporary Artists’ Books, will be on view March 12- June 25, 2017. The exhibition presents more than 130 artists’ books—artworks conceived of and produced in book form—and prints by artists such as Pablo Picasso, Joan Miró, Kiki Smith, David Hockney, and Ed Ruscha. Stephen King, Frank O’Hara, and Robert Creeley are among the 30+ authors represented. More than half of the artists’ books and related prints in the exhibition have never before been on view at the BMA.

“This exhibition is an extraordinary opportunity to see how giants of the literary, publishing, and visual arts worlds often combined their talents to create artworks that unfold page by page as text and image harmonize,” said Rena Hoisington, Senior Curator of Prints, Drawings & Photographs. “Artists’ books played a significant role in 20th-century art, and yet, the medium isn’t as widely known as it should be. This exhibition will hopefully increase visitors’ understanding of the unique art form.”

Off the Shelf explores a variety of subjects from animals and classic children’s tales such as Alice’s Adventures in Wonderland, to works by specific artists, such as Pierre Bonnard, Wassily Kandinsky, and Dieter Roth. Among the many notable collaborations highlighted in the exhibition are My Pretty Pony (1988) by Stephen King and Barbara Kruger; The Departure of the Argonaut (1986), an enormous volume—more than 4 feet wide when opened—of color lithographs by Francesco Clemente and letterpress text by Albert Salvinio; 1¢ Life (1964), more than 60 vibrant color lithographs by Jim Dine, Roy Lichtenstein, Andy Warhol, and others that accompany poems by Walasse Ting; Ready for Anything (1958), Joan Miró’s whimsical color woodcuts with text by Paul Éluard; and Bestiary, or The Parade of Orpheus (1911), a book of elaborate animal woodcuts by Raoul Dufy with poems by Guillaume Apollinaire.

Digital images of several of the artist’s books and related videos, including a recording of a self-playing piano using Michalis Pichler’s A Throw of the Dice will Never Abolish Chance (2008) as sheet music, will be available for visitors on iPads in the exhibition. Facsimiles of some of the books, as well as English translations of some of the foreign language texts, will also be available.