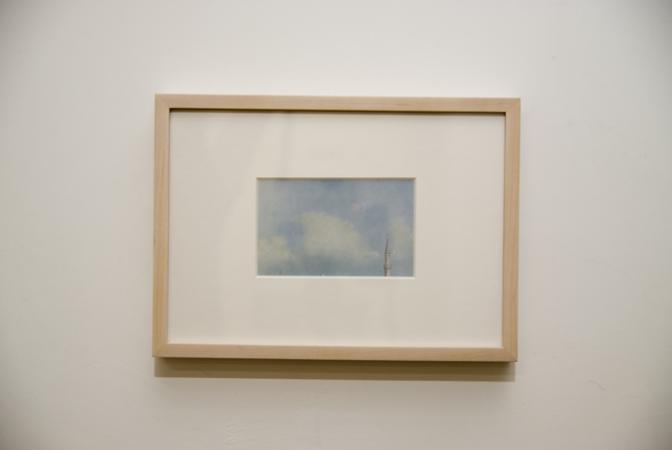 This exhibition has been worked out in a structured manner. Michalis Pichler and Eva Weinmayr were invited to invite two artists that work on the same line with them.

The initial invitation came from a long dialogue with the artists on the practise of printing and publishing as an artistic practise and what it means to use the media and the press as a medium to create new possible meanings and deconstruct the already existing ones.

Pichler’s obsession with newspapers and their imagery as well as his revision of conceptual works brings in the collection of texts and publications that drive from Mallarmé’s Un Coup de Dés along with a new three dimensional version of the 1897 poem. His work Clouds& Sky is a poetic series of eighty collages made from removing the air jets from the skies and leaving the clouds and skies to ‘breathe’. Pichler invites John Stezaker to generously contribute in the exhibition with a series of works dating from 1987 to 1998; titled “Sublimes” smoke from steam trains from England of the 30s and 40s, reaches the sky and becomes part of the cloud. The 1976 “Stolen Sky” is an image found in the same 1920’s encyclopedia that the third person archive comes from. The second invitation goes to Walid Raad/ The Atlas Group with a work from 2006 “We Can Make Rain But No One Came to Ask” in the form of a video panorama on the two decade history of Beirut’s destruction and urban changes; a collaboration between the artist and Yussef Bitar, an expert in ammunitions and researcher on the history of bombs explosions in cars and Georges Semerdijian, a photojournalist.

Eva Weimayr presents a publication she did for Istanbul on the stories of Havva Bagci, a name and a hero(ine) in our everyday newspapers. One of her “Evening Standard” collection is here blown up and acts like a wallpaper, a decorative element that denies to be, a statement and gesture. Eva invites Helke Sander with a film she did in collaboration with Harun Farocki in 1967-68 on the Berlin riots against the Axel Springer press mafia and its monarchy in the current divided Germany. “ ‘Bild’ turns the world to a monstrous, local section” say the students and the documentary style protest of Sander rings local bells. The second contribution of Weinmayr is the invitation of Documentation Céline Duval with her mesmerizing Horizons IV, found photos of the artist’s collection on beach moments and the horizon.

The work of Banu Cennetoglu epitomizes the exhibition since the photos of the fake documents taken from an immigration centre of a police station in Holland and the slight changes within them.