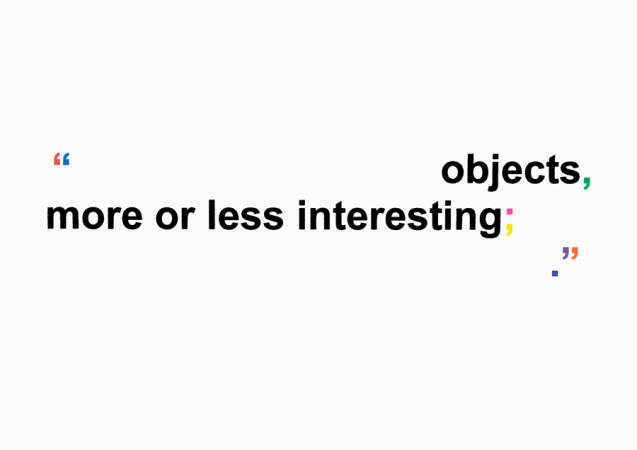 In this informal talk, Sebastian Campos and Paul Stephens will introduce Convolution by way of Craig Dworkin's Klatsch, an essay on Robert Grenier and Aram Saroyan from the journal's fourth issue. Copies of the essay will be provided, and audience participation encouraged.

I have been reading Nana by Émile Zola for some time now, over many years. Zola’s novel, his ‘true story’ of the demi-monde, was published in installments, first appearing in October 1879 in the Voltaire. The definitive version in book form was published on 15 February by Charpentier. I read and I re-read the book, in both French and English. I digested the book, condensing it, organizing it into themes, appearances; yes, I assimilated it. Today it is according to emptiness.

MA BIBLIOTHÈQUE is the imprint of the artist and writer Sharon Kivland, established in 2013. The publications are modestly yet attractively produced, usually printed in small editions, such as the series The Good Reader, in which Kivland invites others to reflect on reading. New books include: Naomi Toth and Vanessa Place, After Vanessa Place, Sharon Kivland, Reading Nana and A Lover’s Discourse, Helen Clarke & Sharon Kivland (eds), The Lost Diagrams of Walter Benjamin, Peter Jaeger, The Shadow Line, Sarah Wood, Civilisation and its Malcontents, and by various authors, The Dreamers.

All the text of Stéphane Mallarmé’s poem of the same name is cut out and played on an automatic piano (Pianola Metrostyle Themodist, The Aeolian Company, NY 1910) Mallarmé had written the poem in 1897, also saw it published in a magazine called Cosmopolis, but left copious notes as to how it should be typeset, instructions that were finally carried out 16 years after his death, in 1914. In 1969 this work was appropriated by notorious Marcel Broodthaers, who replaced the words by black stripes. He replaced the classification ‘POEME’ on the cover by the word ‘IMAGE’. In 2008 Pichler published an edition classified ‘SCULPTURE’, with all the words cut out by laser, in a way that corresponds directly to the typographic layout used by Mallarmé to articulate the text.

The texts that are focused on in, l’usage du mot / notes for soloists / zaroum, belong to my project, zaroum, and are short minimalistic texts, written in English, German and French, or shifting between each language with phonetic similarities. The texts address the forming of an idea, a word or a quote, that when spoken develops a tone, rhythm or even a melody. The two sequences, notes for soloists and l’usage du mot similarly serve as scores, visualizing and conceptualizing the ways that this theme of shifting between languages is related to something musical or melodic.

2.45pmSanna Marander, Niklas Tafra You say it best when you say nothing at all (Kunstverein Publishing)

You say it best when you say nothing at all is a performative reading by Sanna Marander and Niklas Tafra with appropriated words by Felix Fénéon, George Seurat, Charles Baudelaire, Yayou Kusama and others. Marander and Tafra's recent book is a retrial of a Parisian court case from 1894 where art critic Felix Fénéon was accused of an anarchist bombing. The performance revolves around a detail in the book: a conflict between Fénéon and artist George Seurat, where the art critic was accused by the artist of using an over-explanatory language.

This project publishes for the first time the complete texts of photographer Berenice Abbott’s famous modernist documentary project Changing New York. Abbott’s partner, the well known journalist and art critic Elizabeth McCausland, has completed a full set of captions that were to serve as critical-poetic commentaries alongside the famous images, but were eventually edited out by the publisher bit by bit for their progressive, leftist political leanings.

Explorations of the possibilities of reading as an artistic act. The works displayed and under discussion find different means to foreground and to investigate the activity of reading: the forms it can take (silent reading, reading aloud, spontaneous reading, purposeful reading, and so on), the matter of reading (the book, the screen, the space of the page), the bodies that engage in it and the contexts in which it occurs.

5.00pm Pavel Büchler Work for Words: The Message of the Medium

Büchler talks about two overlapping interests in his recent work with language: the limitless semantic potential of language and the material and technological limitations and possibilities of working with letters and words. Taking as a starting point the historical links among cryptography, Morse code and letter frequencies, the presentation will explore the ‘message’ of such language technologies as the letterpress, digital synthetic speech and Google translate.

Büchler talks about two overlapping interests in his recent work with language: the limitless semantic potential of language and the material and technological limitations and possibilities of working with letters and words. Taking as a starting point the historical links among cryptography, Morse code and letter frequencies, the presentation will explore the ‘message’ of such language technologies as the letterpress, digital synthetic speech and Google translate.>

Building upon my previous novels flatland: a romance of many dimensions (2005) and Local Colour (2008), my a a novel, an erasure-based translative response to Warhol’s controversial masterpiece. On each page of Warhol’s original, I erase all of the text leaving only the punctuation marks and onomatopoeic words. Theodor Adorno, in his essay Punctuation Marks argues that punctuation marks are the “traffic signals” of literature and that there is “no element in which language resembles music more than in the punctuation marks.” Published in the autumn of 1968, Andy Warhol’s a a novel consists solely of the transcribed conversations of factory denizen Ondine (Robert Olivo). Ondine’s amphetamine-addled conversations were captured on audiotape as he haunted the factory, hailed cabs to late-night parties and traded gossip with Warhol and his coterie. The tapes were quickly transcribed by a quartet of stenography students (including The Velvet Underground’s Moe Tucker); rife with typographic errors, censored sections—and a chorus of voices—the 451 pages of transcriptions became, unedited, “a new kind of pop artefact.” Warhol’s a a novel favours faithful transcription over plot, chance over predicted composition, and a novel’s ideas over its actual content.

Live compiles the sound of audiences excerpted from the artist’s collection of live recordings of concerts (reportedly jazz concerts, though I could swear I hear Stevie Ray Vaughan in there). That collection consisted of 351 albums, and thus 351 became the number of limited-edition copies of Büchler’s Live committed to vinyl.