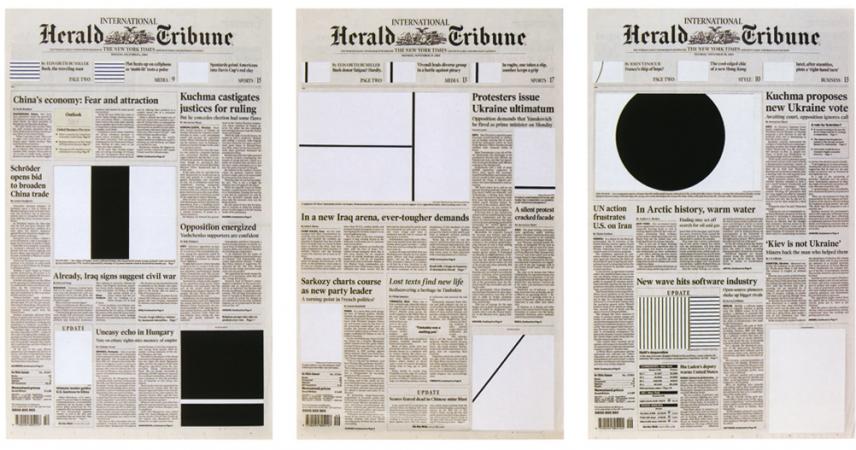 There are many ways to approach 'chance', be it on a philosophical, a mathematical or artistic level. One they all will have in common is a certain level of unpredictability and uncertainty which brings into its definition the realm of probabilities. The 'possible' be it in a positive sense, luck, or indetermination, randomness, brings another denominator into play: chance is about something to come, a process or something to happen undefined unknown in advance.

Beginning largely with the Dada movement in the late 1910s, Western artists have incorporated elements of chance in the creation and presentation of their work. This development is thought to have been inspired by a loss of faith in ordered Western civilization in the wake of World War I, as well by the development of relativist principles in fields ranging from quantum physics to psychology to Eastern philosophy. Jean Arp composed collages by dropping shapes at random while Marcel Duchamp recorded the patterns formed by dropped strings; both diminished the status of the artist's conscious decisions in creating an artwork.

Since than chance operations have become a recurrent technique, strategy and reflection in modern and contemporary art; from automatic writing in abstract art to performative and process-oriented constraints (rules) in Fluxus or conditional statements in conceptual art. Stochastic principles latest entered in artistic explorations in early computational works. Based on these historic considerations many contemporary artists use chance without losing control, trying to master, direct or even stage chance. It is precisely this interplay between control and the unforeseen, this interpenetration of the planned and the surprise that the exhibition deliberately / accidentally explores.

The exhibition stages work by artists who let go control and let in chance while exploring operations of probability, combinatory, contingency and serendipity. This approach stands in opposition to predictability and determinacy, as chance is oscillating between calculated; probable and non-calculated; improbable events, due to random and non-random natural and artificial processes.

Curated by Société
Realised with the support of the Fédération Wallonie-Bruxelles, Vlaamse Gemeenschapscommissie, Brussels International, Commune de Molenbeek and Vedett.