Skip to main content
BOOKS AND IDEAS AFTER SETH SIEGELAUB 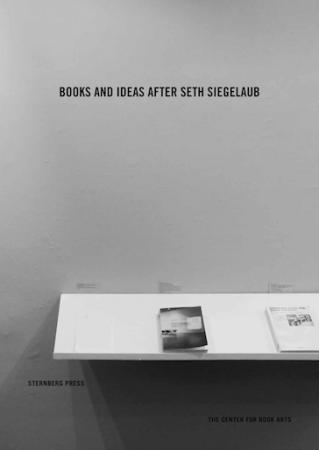 Books and Ideas after Seth Siegelaub spans an arc of tension between the works of Seth Siegelaub and contemporary cultural production. It features an interview with Seth Siegelaub, two essays by Regine Ehleiter and Michalis Pichler, and an extensively illustrated catalogue with bibliographic details.

In preparation for the project, Siegelaub and Pichler met twice in Amsterdam, where they had a long recorded conversation about books, living with books, being intimately connected with books, and producing books, and about the recent emergence of contemporary publications that show clear reference to books Siegelaub had produced, both piracies and homages, and not always to his delight.

Books by Siegelaub that are often paraphrased include the Xerox Book (1968), which was printed in offset and has since been xeroxed by various artists and publishers in many different ways, the catalogue exhibitions from 1969, as well as Lawrence Weiner’s Statements (1968). These publications are often taken as starting points for new projects, which are derivative and yet substantial artworks in their own right. Also, Siegelaub’s engagement with the Art Workers’ Coalition and subsequent draft of The Artist’s Reserved Rights Transfer and Sale Agreement has had wide reception and reaction in contemporary art and activism.

This anthology provides a welcome overview of the highly innovative exhibition and distribution practices developed by Seth Siegelaub in the late 1960s and the 1970s.
—Alexander Alberro, author of Conceptual Art and the Politics of Publicity

Seth Siegelaub was largely responsible for publicizing and promoting Conceptual art in the 1960s, but as Books and Ideas documents, he has continued to be a provocation and inspiration almost half a century after his abrupt exit from the art world he helped to create. Moreover, this book provides a context for Pichler’s own brand of conceptual practices. If part of Siegelaub’s genius was to reconceive exhibition as publication, Pichler gives us a catalogue of catalogues exhibiting the proliferation of mirrors which line the hall of Conceptual art’s legacy. In the pages of Books and Ideas, secondary information, accordingly, becomes primary.
—Craig Dworkin, author of No Medium and Reading the Illegible