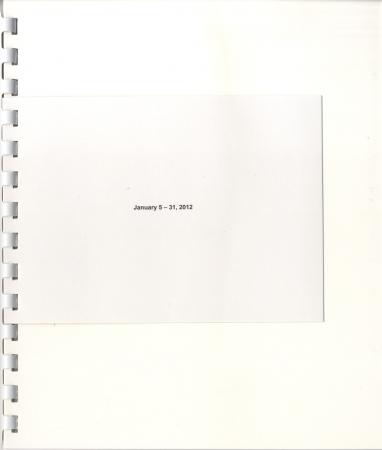 In 1969 Seth Siegelaub organized an exhibition (and publication) with the title January 5 – 31, 1969, one of the first exhibition projects of conceptual art, with the participation of Robert Barry, Douglas Huebler, Joseph Kosuth and Lawrence Weiner.

Back then there was already talking about a so-called "linguistic turn" that had been taken place in the visual arts and in consequence led to idea art. Nevertheless one could hardly deny, that those artistic/poetic strategies are being reused and radicalised around the turn of the millennium and recently.