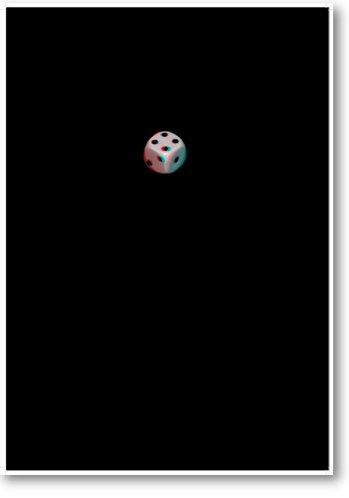 "The terrible idea that the avant-garde past cannot teach us anything today and that we in turn cannot teach our avant-garde precursors any new tricks is flattened by this monumental (it is indeed very big) edition by Brian Larosche, a beautiful, playful edition to the family of books.

There is an imperative today for books to know themselves as it were, to be sure of their place in the world: proud, assertive, bold, daring; for bibliophiles and lovers of poetry Mallarmé is an almost messianic figure and his Un Coup de Dés is a monument of modernity, the poetic, the visual, the book as space and opportunity, a whole host of 20th century poetic, visual and philosophical highways run out from its cascading lines, and they have yet to reach their termini. As a publisher it is a dream to produce an edition of Un Coup de Dés. But not only that – we’re still on the highway – to do so with the vision of a certain Brian Larosche, the irreverent, incessant book sorcerer is nothing but exhilarating. Because if James Cameron can do it, books can do it too. Mallarmé made it clear that books can own space, that they revel in it, that words draw pictures in the mind but also on the page itself; we open a book and walk into it, Larosche has built a new layer to the puzzle of the sailor and the swirling miasma of the throwing of the dice, he has rendered it in 3D no less and by doing so invites us, the reader, to actively don the glasses and enter the ring of this classic poetic bookwork."