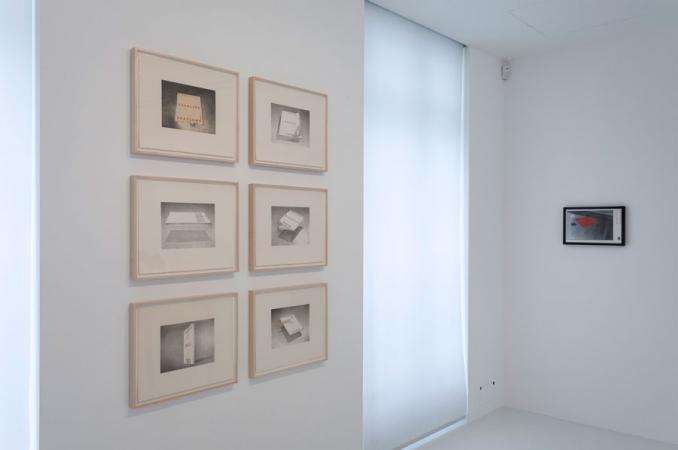 “Books & Co.” presents Ruscha’s books together with those of more than 70 contemporary artists from all over the world—from Russia to Japan to the Netherlands—who have responded directly and diversely to his inspiration. Some of the books are installed so that viewers can browse their pages.

Inspired by the unassuming books that he found in street stalls during a trip to Europe, in 1962 Ruscha published his first artist book, Twentysix Gasoline Stations under his own imprint, National Excelsior Press. A slim, cheaply produced volume, then priced at $3.50, Twentysix Gasoline Stations is exactly what its title suggests: twenty-six photographs of gas stations with captions indicating their brand and location, just like works of art. Initially, the book met with poor reception, and was even rejected by the Library of Congress for its “unorthodox form and supposed lack of information.” However, over time it acquired cult status, and by the 1980s it was hailed as one of the first truly modern artist books. Ruscha followed this up with a succession of similarly self-evident and deadpan books, including Some Los Angeles Apartments (1965), Nine Swimming Pools and a Broken Glass(1968), and Real Estate Opportunities (1970), all of which combined the literalness of early California pop art with a photographic aesthetic informed by minimalist sequence and seriality, shot through with a wry sense of humor.