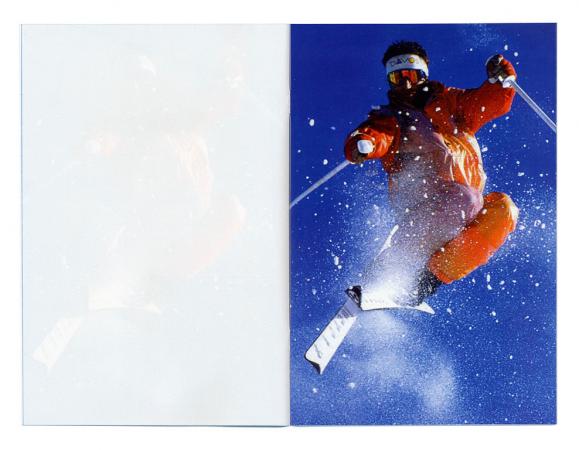 The exhibition, devoted to Bibliology—a term defining the "science of books"—pays tribute to artists' editions and books, which have had an important place in the Frac Haute-Normandie's collection right from the outset.

Produced by artists for whom a book is a form of creation and dissemination consistent with their artistic intent, artists' books are fully fledged art, albeit using contemporary publishing techniques.

In this respect, they differ from catalogues and art books, since they do not refer to art but have an artistic status per se. By the same token, they differ from rare, valuable collectors' editions, as their purpose isn't to give the book an aesthetic quality through practices and conventions derived from fine arts and craftsmanship traditions, but rather to shift the strategies applied to publishing and book culture into an artistic arena.

The exhibition is based on the Universal Decimal Classification System, still in use in libraries and developed in the early 20th century by two Belgian bibliographers Paul Otlet and Henri La Fontaine. The system is devised to arrange books according to main classes of knowledge: "Philosophy, Psychology," "Social Sciences," "Mathematics, Natural Sciences," "Languages, Linguistics, Literature," etc.

This choice, in conjunction with a bookshop set up at the heart of the exhibition, looks to assert artists' editions' status as publications. And since they are also works in their own right, which cannot and should not be dissociated from the other practices of their artist-authors, the exhibition also compares and contrasts these artists' editions with other works (photographs, videos, lithographs, paintings, etc.) which provide a broader overview of the Frac collection, with the books in its possession.

In response to the paradox of showing books, which are in themselves their own means of dissemination and exhibition, and of displaying them in cabinets, the Édith research group—composed of teachers and students of ÉSADHaR (School of Art, Rouen)—presents a series of video essays on a number of showcased editions. The videos do not claim to be substitutes for consulting the works proper, they look at the use value of artists' editions and their destiny as images in an exhibition.

Produced by artists for whom a book is a form of creation and dissemination consistent with their artistic intent, artists' books are fully fledged art, albeit using contemporary publishing techniques.